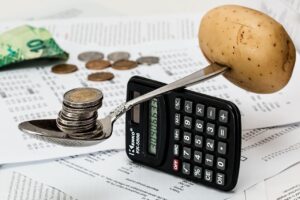 The most recent figure indicates that headline retail inflation has now exceeded the medium-term objective of 4% for 34 consecutive months and the upper bound of 6% of the Reserve Bank of India’s 2–6% tolerance range for seven consecutive months.

Food prices, which again declined to 6.75 percent in July, were the main factor in the decline in inflation, which was the lowest in five months.

Within food, animal proteins and edible oils showed the largest negative shift in pricing. The index for oils and fats dropped by 2.5 percent from June while the index for meat and fish decreased by 2.9 percent month over month.

Vegetable and pulse price indices both showed no change from the previous month (down 0.1 percent for vegetables and unchanged for pulses).

The index for cereals did, however, increase 1% from June.

In the meantime, the fuel index increased by 2% from month to month.

Overall, July’s general index of the CPI was 0.5 percent higher than June’s.

Core inflation, or inflation excluding food and fuel, decreased in July from June’s rate of 6 percent to 5.8 percent. This is similar to the decline in the headline retail inflation rate.

Despite a sequential increase in footwear and clothing prices in July, core inflation, a measure of underlying demand, declined.

According to Aditi Nayar, chief economist at ICRA, “fears of a global recession and new geopolitical worries have contributed to a correction in commodity prices from the heights reached in mid-June, which speaks well for lowering domestic input cost pressures and the core CPI inflation in the coming months.”Along with the major delay in rice planting for the kharif season, Nayar continued, “In contrast, the high domestic demand for services creates dangers given its significant participation in the CPI basket. As a result, it remains a key monitorable.”

Although policymakers will appreciate the drop in CPI inflation from levels of 7 percent or higher, economists anticipate the Monetary Policy Committee (MPC) to announce another repo rate increase at the conclusion of its upcoming meeting, which is planned for September 28–30.
The MPC has raised the repo rate by 140 basis points to 5.4 percent so far during the current rate hike cycle, all in the previous three months. By the end of FY23, the repo rate is predicted by the majority of economists to be close to 6%.