In accordance with the evolving dynamics of inflation and economic activity, Das said the central bank’s policy operations “will continue to be calibrated, measured, and flexible.” 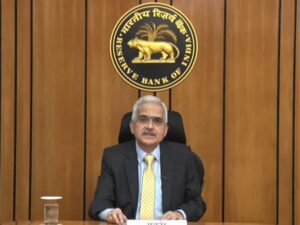 Patra also emphasised how big and frequent the shocks are right now. They run the risk of un-anchoring inflation expectations when coupled with the rise in expenditure made possible by the epidemic, in his opinion. Regarding currency rates, he claimed that the unyielding strength of the US dollar, which has increased by more than 8.3% since March 31, 2022, is the elephant in the room. The Deputy Governor pointed out that the Indian rupee has depreciated by 3.9% versus the US dollar so far in the fiscal year 2022–23 (through August 3), which is 3.9 percentage points less than the MSCI advanced economy currency index and 1.3 percentage points less than the MSCI EME currency index (5.1 per cent).

According to Rajiv Ranjan, executive director of the RBI and a member of the MPC, the dangers to the global economy, which were previously thought to be stagflationary, are now more clearly emerging as those of an outright recession for most nations. The argument over a harsh vs soft landing for the world economy has been stoked by this. The MPC is made up of three RBI representatives and three central government nominees. Shashanka Bhide, Ashima Goyal, and Jayanth R Varma are the members of the panel who have been nominated by the government. According to the minutes, Bhide stated that the combined shocks of the outbreak of the Russia-Ukraine war, the continued presence of COVID-19 across countries, and the tightening of monetary policies to contain inflation in many countries have made the global economic conditions unfavourable for growth.

He voted in favour of raising the repo rate by 50 basis points and stated, “The worsening global economic conditions have occurred at a time for us when the domestic economy was beginning to retain its development momentum after restoring the production level in 2021-22 from the shocks of the Covid-19 epidemic. He serves as Senior Honorary Advisor for the Delhi-based National Council of Applied Economic Research. Ashima Goyal, an MPC member and Emeritus Professor at the Mumbai-based Indira Gandhi Institute of Development Research, stated that one of the first effects of increased policy repo rates should be on credit demand as pass through boosts lending rates. India is just now emerging from a cycle of deleveraging, and credit growth must increase for the country to recover.

Also read:Huawei India declares in Delhi high court “I am a Chinese, not a terrorist.”

She noted that despite higher repo rates in May and June 2022, annual loan growth during the corresponding months in 2021 remained strong in part because of the base effect. Preliminary sectoral credit data, according to Goyal, reveals a substantial increase in bank loans to the service sector, while the average of MSME, NBFC, and personal bank loans during the months of May and June was lower than in April, and loans to major industries decreased in June. “Monthly comparisons have their drawbacks, and the picture will become clearer as more data become available. although it has started, the rise in loan rates is still modest “the participant noted. According to Jayanth R. Varma, a professor at the Indian Institute of Management in Ahmedabad, the logic of front-loading justifies a 75 basis point hike.

This would make monetary policy unquestionably credible, contribute in lowering inflation more quickly, and ideally lower the terminal repo rate in line with bringing inflation near to the target, he added. “The fact that a 75 basis point rate rise is exceptional weighs against that. Such a significant increase runs the danger of being misunderstood as a sign of fear and might be excessively disruptive in the light of market expectations of a 35–50 basis point hike “Added he. He also voted in favour of a 50 basis point rise in the policy repo rate. The Reserve Bank of India Act, 1934, which established the MPC, called for its 37th meeting to be conducted between August 3 and August 5, 2022.

The Reserve Bank of India Act, 1934’s Section 45ZL states that the RBI is required to publish the Monetary Policy Committee’s meeting minutes fourteen days after each meeting. The MPC’s subsequent meeting is slated for September 28–30, 2022.